When it comes to a fit and timeless actor, Tom Cruise definitely fits the bill. He’s someone mostly every age group is curious about. The actor looked great and ultra-fit when he starred in Top Gun back in 1986 in his 20s, and he showed the world he’s still totally got it with the recent release of Top Gun: Maverick. We loved all six of his Mission Impossible movies and have two more to look forward to. How does someone stay at the top of their game for almost 40 years? Tom Cruise doesn’t seem to age—he actually seems to improve as the years go by. We looked into the healthy habits and fitness secrets the star follows to stay young, so read on to learn more. And next, check out The 6 Best Exercises for Strong and Toned Arms in 2022, Trainer Says. 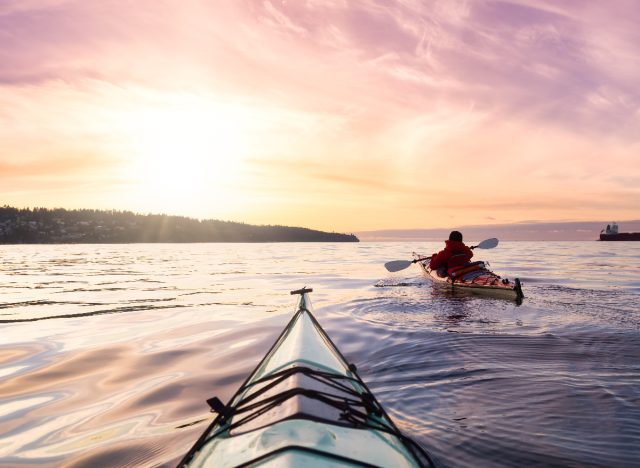 Gearing up for the movie’s release, the actor—aka Maverick—shared a fresh trailer of Top Gun: Maverick with his 7M followers on Instagram, along with the caption, “New trailer for #TopGun is here. See you at the theatre.” Fans responded with lots of love for the original Top Gun and of course major hype for the newest film, Top Gun: Maverick. There were comments like, “Can’t wait (fire emoji,” “Worth the wait—awesome Tom #mightywings,” and “Legend is back.”

Tom Cruise knows how to work it on and off the big screen. His secrets for looking as though he never ages? Well, he reveals exactly how he stays so fit (via Men’s Health), saying, “Sea-kayaking, caving… fencing, treadmill, weights… rock-climbing, hiking… I jog… I do so many different activities.”

According to sports scientist at Middlesex University, Anne Elliott (via Men’s Health), “How we move conveys energy and youth—not how buff we are. Regularly switching up cardio and strength work with something like fencing or climbing—like Cruise—maintains flexibility and balance: the first two things that give your age away.”

Amid all that, Cruise carves out the time to know who his fans are. He does this by spending just as much time getting to know them as his time shining on the red carpet. He reveals, “Yes, I’ll spend two hours with fans. People are really kind to come out, so I want to say hello.”

He’s known for performing his own challenging stunts 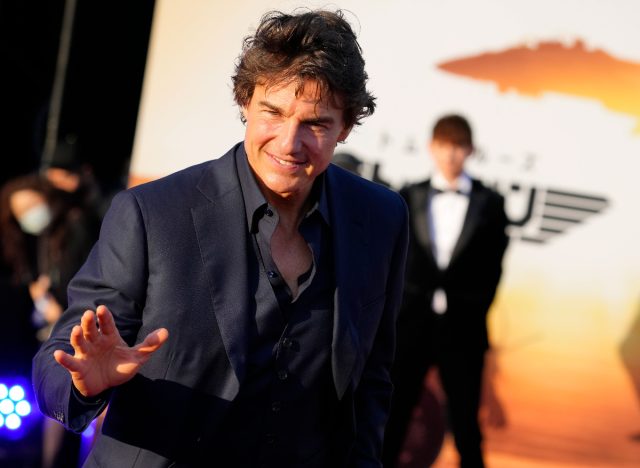 Cruise also insists on doing a lot of his own stunts. According to Insider, in Mission: Impossible—Fallout, when playing the role of Ethan Hunt, Cruise jumped out of a plane 25,000 feet from the ground, arriving in Paris, France in true Tom Cruise fashion. In another Mission Impossible movie, Cruise’s character had to open a vault that was, of course, totally submerged underwater. Cruise jumped 120 feet into a 20-foot-deep tank of water and held his breath as long as four to six minutes to film the scene. He prepared for this difficult stunt with diving expert Kirk Krack in a “breath-hold special operations program” created specifically for individuals in the military. And the list goes on!

He has a ton of licenses 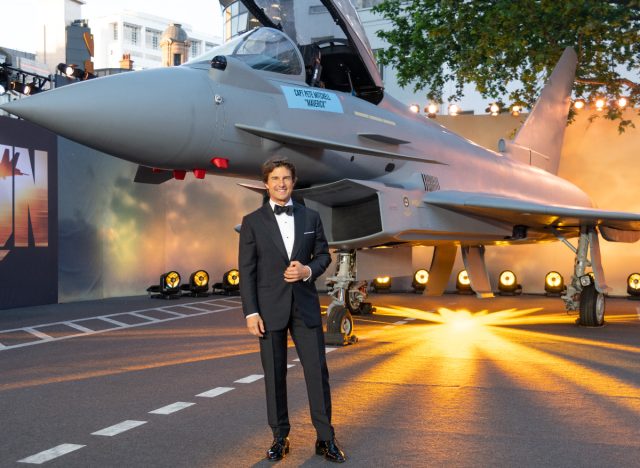 When James Corden asked how many licenses Cruise has on The Late Late Show, he responded, “I have airplanes, commercial license, jets, a bunch of different airplanes, motorcycles, parachutes, boats. I have my real estate license.” He certainly keeps his mind active!

According to Vulture, Cruise even curated a flight training regimen for the latest film in the Top Gun franchise, Top Gun: Maverick, which squeezed in two years worth of flight prep into three short months. Actor Glenn Powell (“Hangman” in the movie) noted of Cruise, “Every time we went up there you have to mentally brace for a fight. You get on the ground and you’re exhausted. That’s what’s impressive about Tom. He’s flying more than anyone in the movie—he would fly three times a day.”

Tom Cruise has some pretty impressive habits, an obvious passion for acting, and an incredible zest and whole-hearted dedication to many things he does. His attitude is pretty inspiring and motiving—it’s no wonder why he’s still young and fit at 59. In fact, he makes that mission seem quite possible! 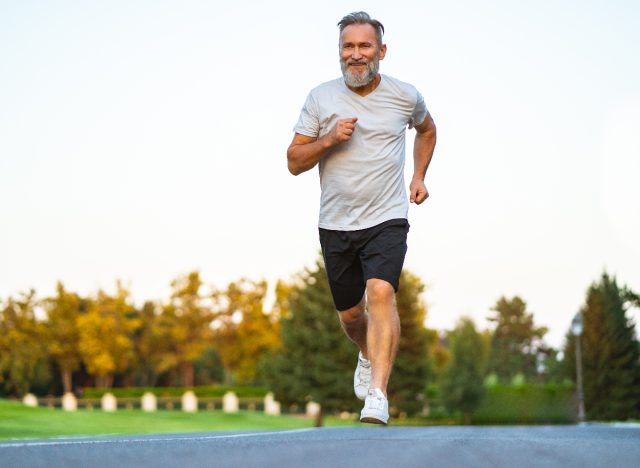 For more mind and body news, check out Get Rid of a Pot Belly in Your 50s With This 10-Minute Workout, Trainer Says and The #1 Weight Training Workout To Reverse Aging After 40, Trainer Says.

The post The Fitness Habits Tom Cruise Follows To Stay Young and in Shape at 59 appeared first on Eat This Not That.