If your goal is to establish a great self-care and workout regimen, who better to inspire you than fitness icon Jane Fonda? The 84-year-old actress and former model has a refreshing, vibrant outlook on life and recently revealed to Glamour, “If somebody had told me that, at almost 85 years old, I’d still be working as much as I am and feeling as good as I do, I wouldn’t have believed them. At that time in my life, I doubted I would live past 30. Just thinking about that filled me with hope. I didn’t give up. I kept going. I tried to get better. I did.”

Since we’re all curious about her secrets, we’ve rounded up the best self-care tips and exercise habits Jane Fonda swears by, and they’re pretty empowering. Read on to learn more, and next, be sure to check out The 6 Best Exercises for Strong and Toned Arms in 2022, Trainer Says. 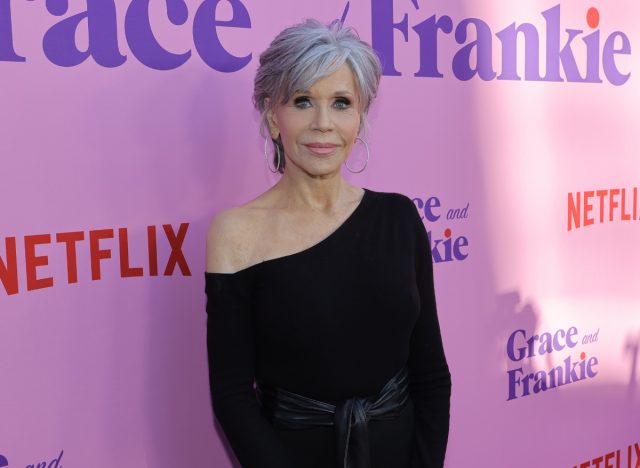 Fonda has an impressive 1.8M followers on Instagram, including many favorite celebs such as Drew Barrymore, Reese Witherspoon, Cindy Crawford, Miley Cyrus … and the list goes on. Her most recent post? Celebrating the May 2022 cover of Glamour, which features Fonda. The IG photo showcases the star rocking a stunning look in front of a background of her original 1959 Glamour cover. She captioned the iconic photo, “Trust me this 22-year old ‘covergirl’ in 1959 could have never imagined returning to the cover and being much happier at 84!” And happy she is! Her vibrant, fit look will prompt you to hear everything she has to say.

Upon reflecting, the star admits she did not know her true direction until she reached her 30s, giving solid advice to Glamour. “If you’re curious and you’re healthy and you’re open, eventually who you are and where you’re supposed to be will come to you. And it could take a long time,” she says.

Jane Fonda has lived a full life and never stopped learning. She shares her thoughts on when she turned 60, which she refers to as her “third act—my final act.” She knew at the time that regrets in life are not an option and made up her mind to live it up. A “life review” helped Fonda realize just how important it is to value one’s time on earth and live life with a sense of purpose.

She tells Glamour, “… I thought, Well, now’s the time I’m going to research myself…a deep research called a life review. It totally changed the way I thought about myself and about how I wanted to live the last third of my life. And I realized the importance of being intentional about how we go through life.”

Related: The Most Effective Exercises To Reverse Aging After 50, Trainer Says 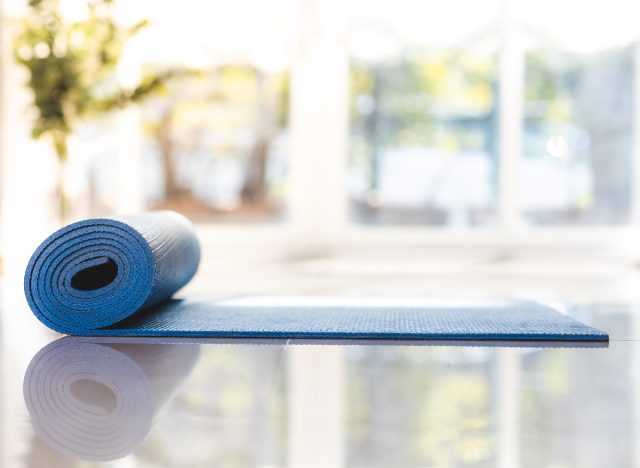 At 83 years old, Jane Fonda revealed to Daily Mail (via Prevention) that she walks each day, and did yoga, cross-country skiing, and resistance training. She shared her view on staying active, stating, “I’m never going to stop … the most important thing is to keep moving, to stay active. That’s what I do and that’s how to stay strong.” 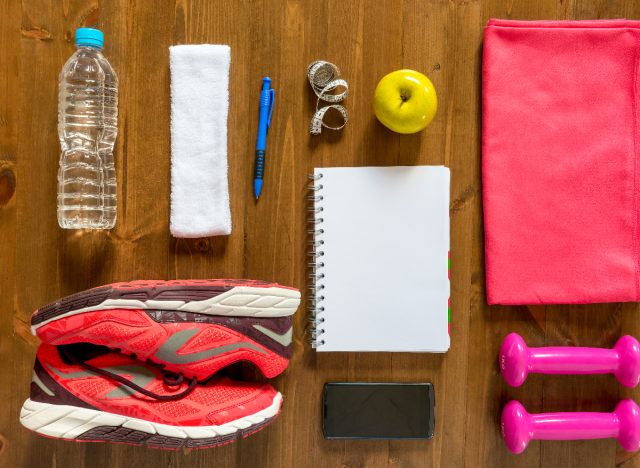 It’s safe to say Fonda is a major fitness advocate, and her words are truly inspiring. The actress previously stressed the importance of working out—even in your 90s!—and the positive impact it can have on daily life and overall well-being. “I know people in their late 90s who still exercise and, you know what, they will live longer, better quality lives as a result,” she noted (via Express).

Staying independent and strong is the name of the game 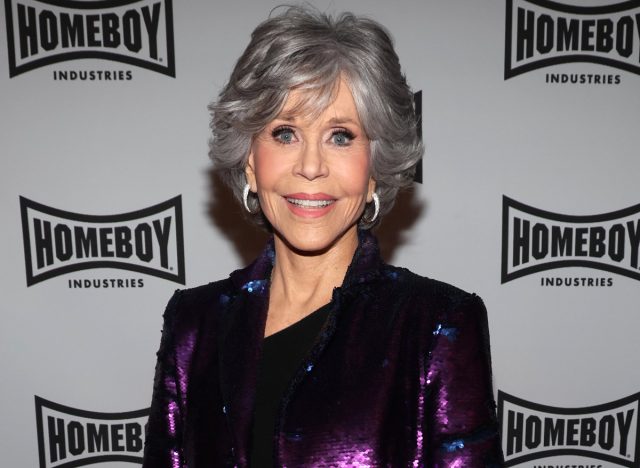 As far as independence is concerned, the star’s seriously on top of her game, and her mentality is something to replicate. She added, “We can allow our various infirmities to define us or we can say to ourselves, ‘I want to stay independent as long as possible. I want to be able to sit on the floor and play with my grandchildren. I want to carry at least some of my own luggage and not take 15 minutes to get out of a car'” (via Express). 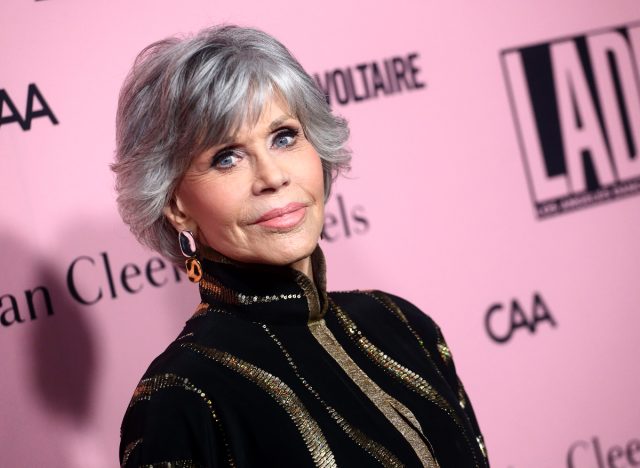 Now at 84, Fonda still has a refreshing outlook we can all take some serious notes from. She reflects to Glamour, “When you get older, you realize that staying healthy is joyful and critical because age isn’t so much chronology. You can be very old at 84, which is my age, but you can also be very young.”

How does she stay so youthful? Well for one, she recommends feeding your curiosity by asking many questions and diving into some good reads. She’s also a firm believer in the power of positivity in every circumstance. She states, “For older people, if you stay curious, you will also stay young for a long time. I’m younger now than I was when I was 20.”

She takes care of herself by getting good sleep, exercising, and practicing meditation 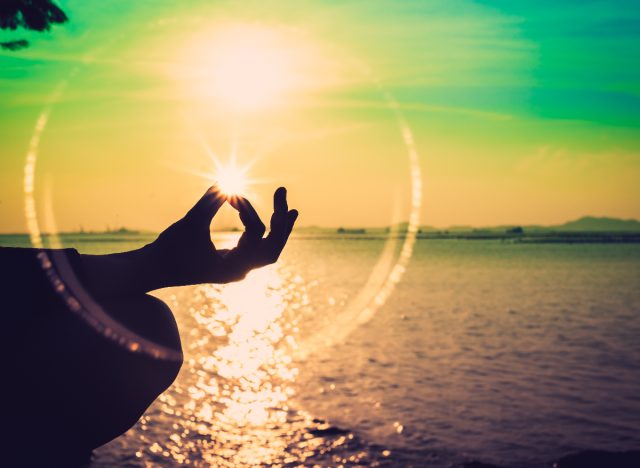 Fonda’s healthy habits? She takes care of herself by sleeping for eight to nine hours each night and exercising. She practices meditation and embraces nature whenever she can. She’s also learned that whenever over-drinking and under-sleeping have made her feel less than par, beefing up self-care is key.

The post Healthy Habits Jane Fonda Swears By To Stay Young And Strong appeared first on Eat This Not That.